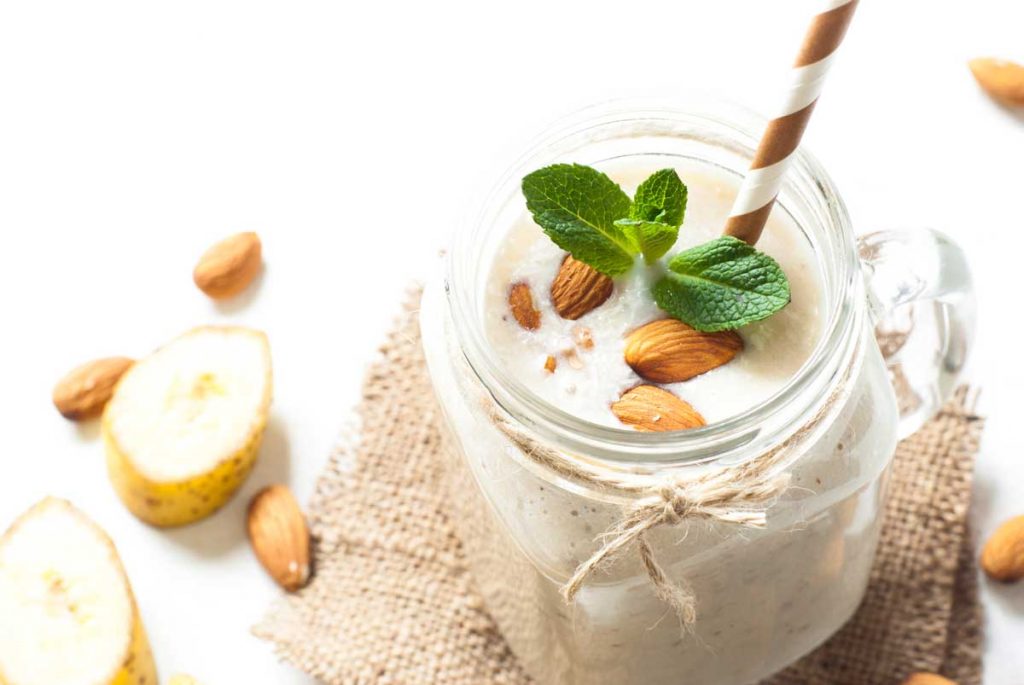 Are you wondering whether you can share a sip of almond milk with your dog? Can dogs drink almond milk? Then you have come to the right place to get your answer.

When it comes to milk, we generally think of it as a nutrient-dense food that contains almost all the necessary nutrients we essentially need as humans. For a long period of time, people were dependent on cow milk.  But today, several plant-based, dairy-free alternatives are available.

One of them is Almond Milk.

If you or your family is a big fan of almond milk, your dogs or puppies probably have accidentally consumed a sip of almond milk. But, do you need to worry about that? Let's find out.

Before jumping to the conclusion, let’s have a quick look at what almond milk actually is.

You can click here to jump to the conclusion.

What is Almond Milk?

Almond Milk is a non-dairy type of milk that is made by blending ground almonds with water and straining the mixture to eliminate the solids. Other than that, almond milk may contain starch and other thickeners that may significantly improve its shelf life and texture. (source)

Some commercial almond milk might also contain some extra added nutritional ingredients. You can check the label of your product to be sure.

First of all, almond milk is extracted from Almonds. And almonds are not a safe food choice for dogs. They are a great snack for us humans. But that's not the case for our dogs.

So now, when we are talking about our dogs, there could be two scenarios.

First, you yourself are having almond milk and you want to share a little sip with your dog. This is okay for unsweetened natural almond milk. Dog owners sometimes use almond milk to make DIY homemade dog treats,

But if you are looking for a healthy drink for your dog, almond milk is never going to be the best option. As you may already know, almond itself is not suitable for dogs because it can cause potential digestive issues when your dog has taken several of them.

But that is not the exact case with almond milk as there won't be whole almonds in it. What causes the main problem is the added ingredients in almond milk.

In fact, unsweetened and pure almond milk is lower in calories than other kinds of milk; that makes it a relatively better choice as a milk alternative. But oftentimes, almond milk is accompanied by chocolate, raisins, or other ingredients to enrich its flavor and texture. So, flavored almond milk is obviously higher in calories. So, it is not healthy for your dog.

Another significant issue with almond milk is, flavored almond milk often contains an ingredient that is Xylitol.  This particular element is a popular sugar substitute and it is not harmful to humans. But Xylitol is potentially dangerous and toxic to dogs. According to research, Xylitol is highly toxic to dogs and can even lead to the death of dogs.

So, while almond milk is not the ideal drink for a dog, it's gonna be okay to share a little sip with your dog only if the almond milk is unsweetened and not containing Xylitol as an ingredient. Moderation is the key here.

Now, here are some answers to some of your most asked questions.

It is okay to share a little sip of unsweetened almond milk with dogs, but it never should be used as a regular drink at a higher quantity. There are other healthier options for your dog other than almond milk. Because what is suitable for humans might not be that suitable for your dog.

Yes, if the almond milk contains Xylitol as an ingredient. Research has proven the toxicity of Xylitol if ingested by dogs. Even a little amount of Xylitol holds the potential to lead your dog to death. Be sure to check the ingredient label before taking any decisions.

Is almond milk ok for dogs?

There is no harm in sharing a little sip of almond milk with your dog. Just make sure that the almond milk is not sweetened with any artificial sweetener (such as Xylitol) or a high amount of sugar. In other words, unsweetened natural almond milk is ok for dogs in a moderate amount. Never give your dog an excessive amount of almond milk.

If your dog has accidentally taken a sip of almond milk, usually there is nothing to worry about. But one thing you should keep in mind is, sweetened almond milk that contains Xylitol is potentially dangerous for your dogs because Xylitol is quite harmful to dogs. If you are sure that the almond milk contains xylitol, you should consider consulting a veterinarian to make sure everything is okay with your dog.